"If there are to be problems, may they come during my life-time so that I can resolve them and give my children the chance of a good life."

"You never change things by fighting the existing reality. To change something, build a new model that makes the existing model obsolete."

"Then I say the Earth belongs to each generation during its course, fully and in its right no generation can contract debts greater than may be paid during the course of its existence"

JOIN US IN SÃO PAULO!

Do we need hydrogen – and in case yes: where are the H2 needs, where are H2 generation potentials, and which role does the connection between South America and Europe play?

Within the last years hydrogen became a big hype. Almost every country developed its own “hydrogen strategy”. Along with this a controversial discussion started both amongst researchers and also industry how much hydrogen will be needed and in which energy sectors it will be applied. While everybody agrees that there are sectors without an alternative to hydrogen based energy carriers as heavy transport or steel industry, there are large differences in the use of hydrogen, for example in the heat or transport sectors.

Furthermore, it is debatable which countries can supply themselves with green hydrogen and which are dependent on imports. In the discussion, South America is often mentioned as a possible supplier for Europe's hydrogen needs. We would like to discuss these "intercontinental hydrogen connections" with South American and European experts from science and industry. 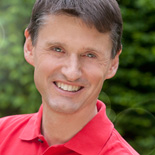 
Dr. Stadler is managing director of the Cologne Institute for Renewable Energy CIRE of TH Köln. Within in the institute he covers the areas of renewable energy and energy economics. Dr. Stadler is working since many years with the topic of electricity supply systems with high fractions of renewable energy. Among others he investigates demand response activities and non-electric energy storage devices in order to decouple electricity generation and consumption. 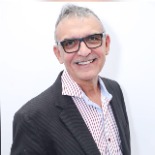